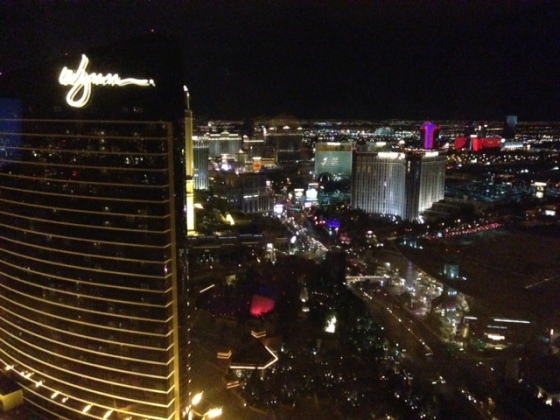 But I did spend 5 days this week in my favorite city celebrating my 25th Birthday. I know I know…you think I’m crazy, right? Why would anyone consider Vegas to be one of their favorite cities? When you think of Vegas you probably think of drunks, people with gambling problems, groups of guys/girls looking to have a good time, bachelors and bachelorettes looking to have one last weekend of “freedom”, UFC fighters, Celine Dion, Donnie & Marie, strippers and hookers, extremely over-priced drinks and wolfpacks. But I don’t see Vegas as any of those. Well, ok…there are a lot of drunks, and there are a TON of bachelors and bachelorettes…and married men without their wedding rings…and hookers…and drinks that are WAY too expensive…and super skinny girls everywhere. But ANYWAY. I see Vegas as the food capital of the US. While most people plan vacations around beaches, famous sights to see and beautiful weather, I plan my vacations around food. And that is why Vegas is my favorite city. 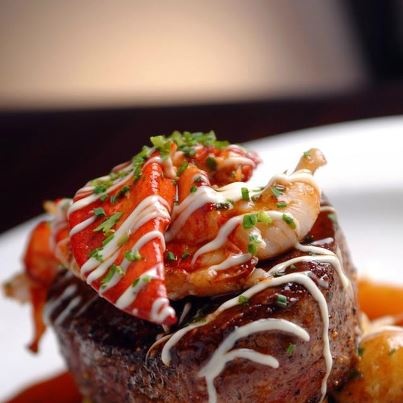 Let’s start out with the top meal and restaurant of the trip, N9ne Steakhouse. My goodness, Chef Barry Dekake is a mastermind. Is he single?

But really, look at that surf and turf. Filet Mignon, Maine Lobster, White Truffle Aoili. So rich, so tender…so many perfect flavors and textures in one bite.

But really, did you think I was going to go there without getting my favorite appetizer? 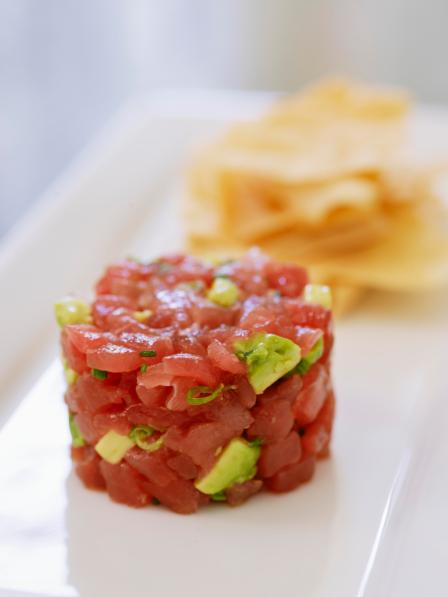 If you thought I would, then you don’t know me very well.

N9ne’s Ahi Tuna Tartare is one of the best I’ve ever had.

I ACTUALLY almost thought about skipping the tuna. I know I know…how could I?  Well, I went on this trip with my good friend Julia, my Sophomore year roommate in college. And on my birthday that year we had tuna tartare at a restaurant in Philadelphia. The next night we were both deathly ill with Salmonella poisoning…and for 4 days after. So, needless to say, the last time I had tuna, with Julia, on my birthday… was not a great experience. BUT, that was not the case this birthday, 5 years later. We DEVOURED the crap out of that tuna and it was so fresh and so worth it.

We also had a salad…which was excellent. But really, who cares about salad when we can skip right to dessert. 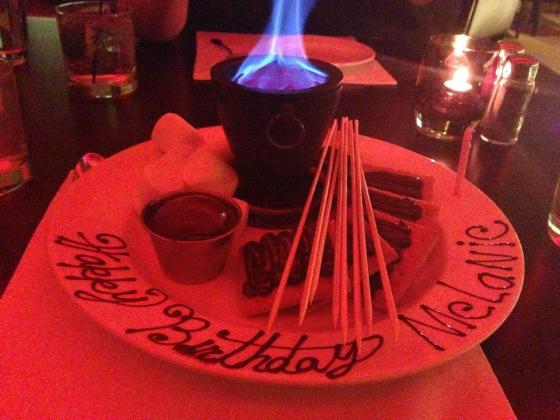 Now at this point, I was already in a food coma. And 4 drinks in. And 2 shots in. But I would never let that get in the way of s’mores. I love s’mores so much I make them at home over the gas stove. And set the smoke detector off. I’m serious. S’mores is my favorite dessert. Now typically with s’mores you take  a graham cracker, roast a marshmallow, stick a piece of chocolate on top and close the sandwich with another graham cracker. Well, of course N9ne wouldn’t make it THAT simple. They use the most decadent wonderful chocolate ganache I’ve ever had. And yes, we finished it. All of it. Marshmallow all over, chocolate stuck in my teeth. I think there was even marshmallow in my hair (would you expect anything less)?  And we maybe had Birthday shots with Pharrell? 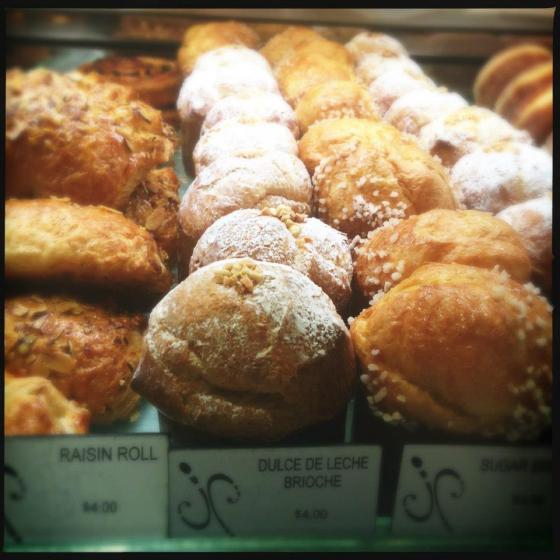 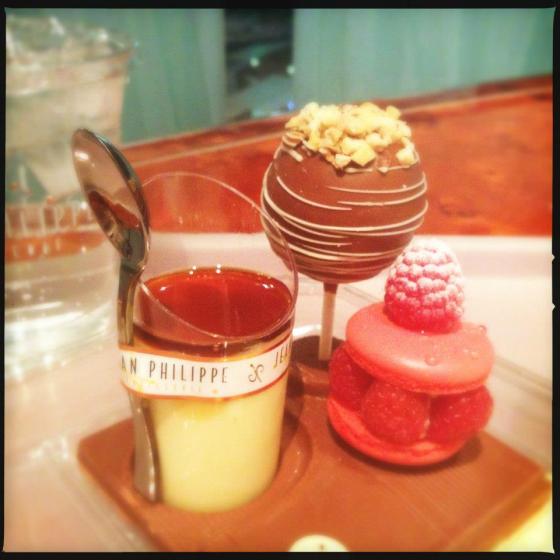 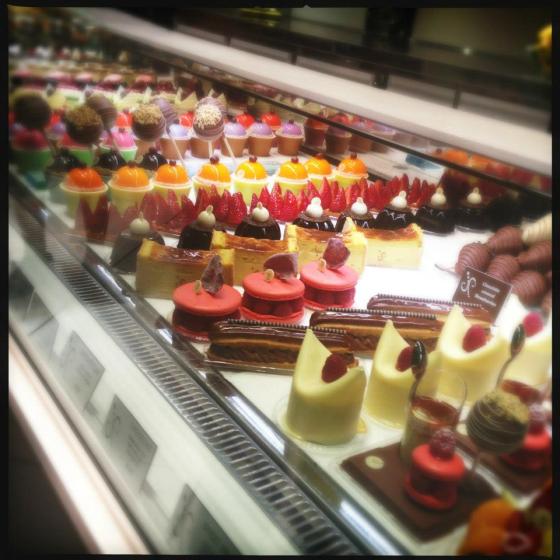 We also stopped by another one of my favorite places called Jean Phllippe at the Aria. They have delicious pastries and desserts. We split a trio of all things I can’t remember except for the peanut butter chocolate lollipop. Mmmm peanut butter.

And of course, we found our way to the buffet. 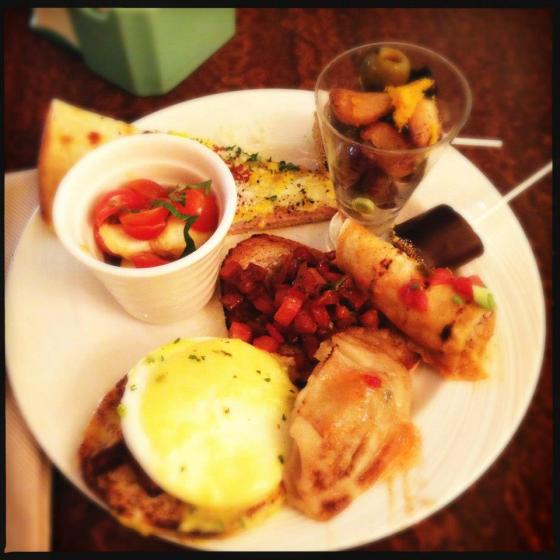 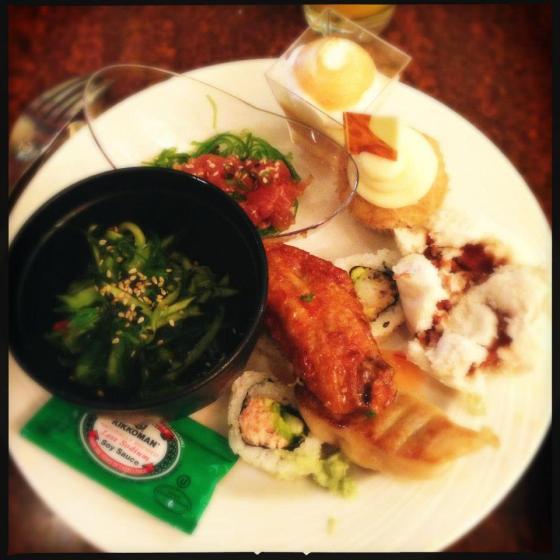 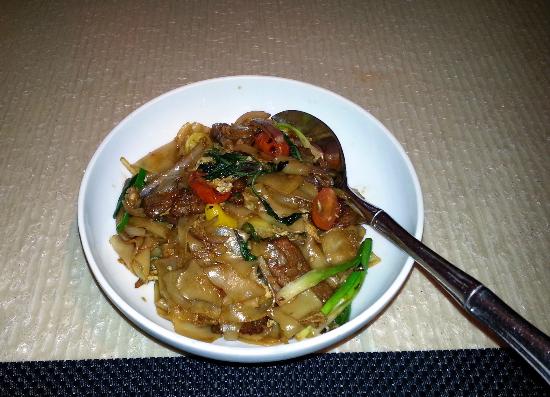 Another highlight was Wazuzu, an Asian restaurant in the Wynn. Wazuzu is known for their Drunken Noodles that was featured on the Food Network’s Best thing I Ever Ate. So naturally, that’s what we ordered. It was decent, but not the best thing I ever ate. However, I can share with you the BEST chocolate bar I ever ate… 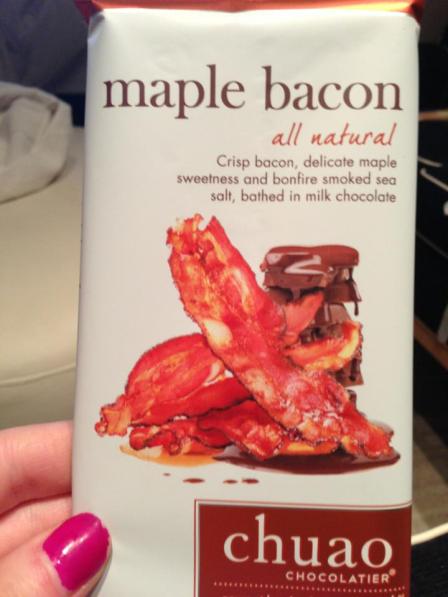 Yep, that’s right. A maple bacon chocolate bar. With bonfire smoked sea salt. Oh my goodness…you have got to go buy this. Whole foods sells them. I know because I’ve already stocked up…

In summary, key things I’ve learned on this trip: 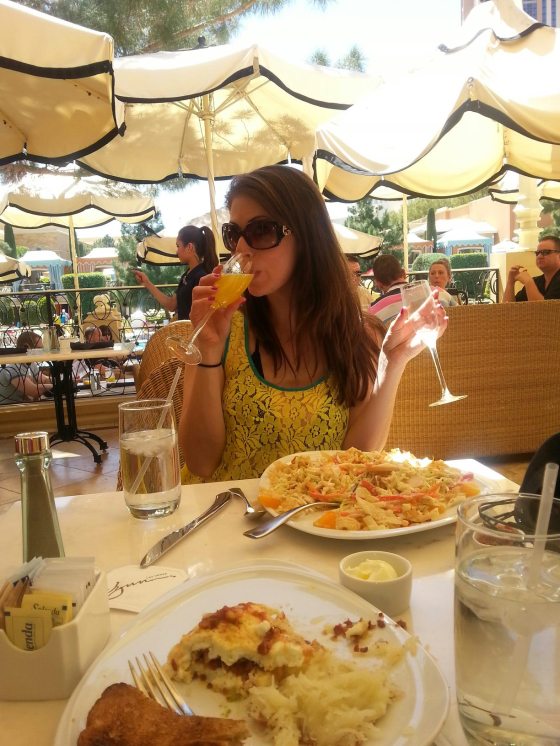 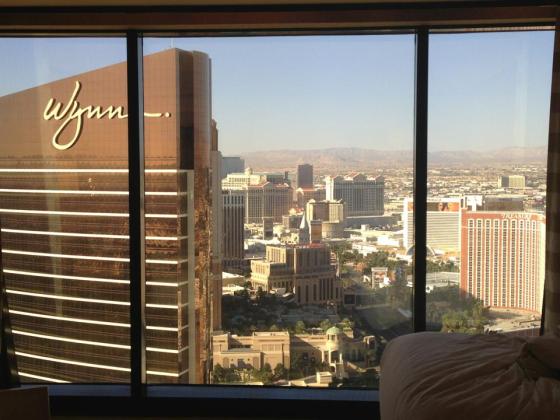 An extra $30/bucks a night is SO worth an upgraded panoramic suite on the 59th floor.

Other things I learned on this trip:

I’m best at 3 card poker after I’ve been drinking for hours. ALWAYS bet the ante. Just because the ball landed on red three times in a row doesn’t mean it will land on black the fourth time. A dollar in a penny slot can last an hour. Lil Jon gives out free champagne…bottles. SPF 55 will not make me tan. Not putting on any sunscreen will not make me tan either…well…maybe 5 days later after the sunburn peels. XS is the best nightclub by far in Vegas. Don’t go there sober. Julia is the best at picking out musical birthday cards. I’m really good at dancing to them.  A $12 bud light at the pool party will not get you drunk enough to enjoy them.  It takes an hour to walk to the hotel next door. I choose ice cream over men at 5:30 am. A pitcher of margarita + pool party + 100 degree weather is not a good idea. Drinking for 4 days straight on a total of 9 hours of sleep WILL get you sick. Alexis from the Real Housewives of OC is miserable. Pharrell’s name is not pronounced like Colin Farrell. In my next life I’m Sophia the restaurateur. 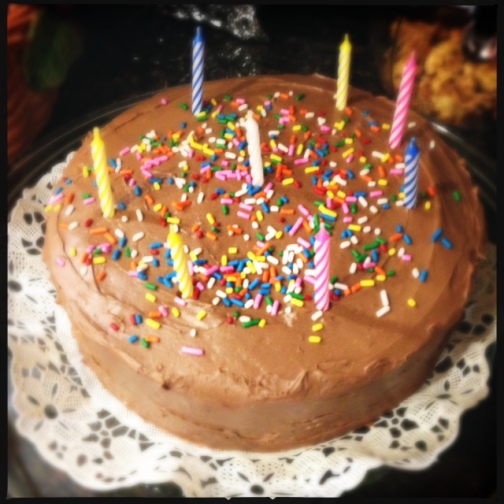 Until next time, Vegas.

Philly girl with a big appetite and an unusual curiosity for all things food and travel. Pancake lover. Whiz wit all the way. On an adventure to live my dreams, will you follow me on my journey? 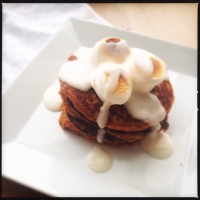 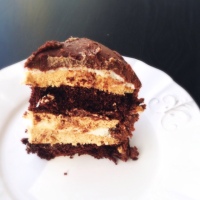 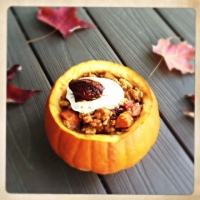 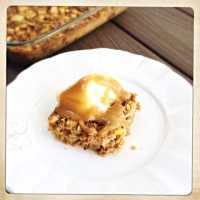 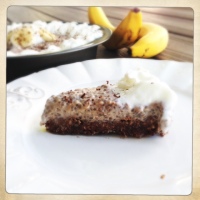 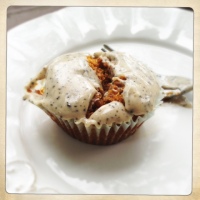 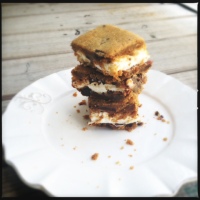 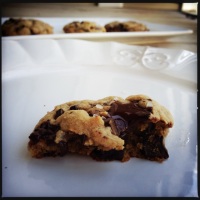 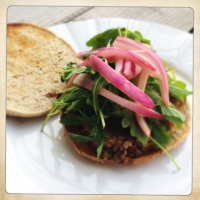 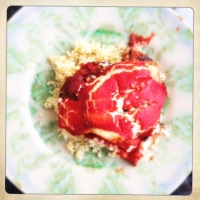